Do Over: Silver Tiger’s Eye Pendant 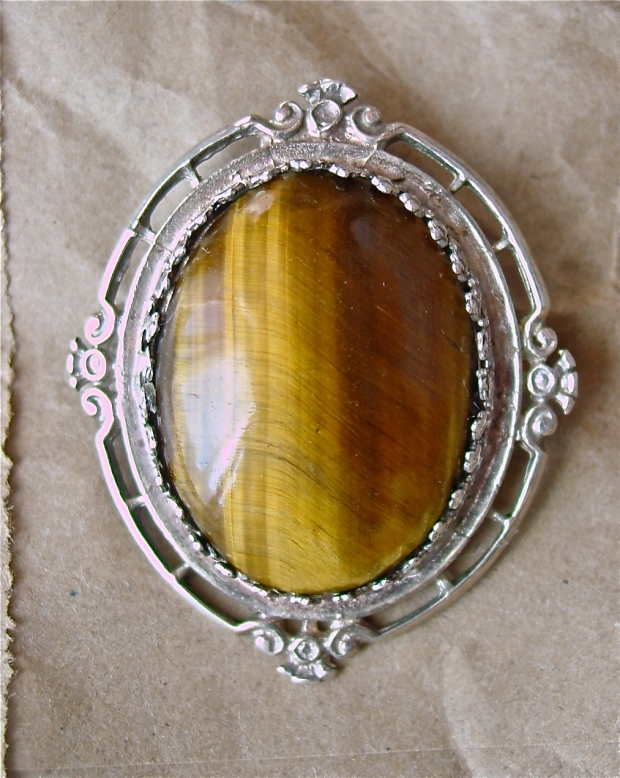 The very first bag of broken jewellery that I ever got was at the old Goodwill at Sherbourne and Richmond. This was about seven-and-a-half years ago. Technically, it was a mason jar full of broken jewellery. It contained, amongst such treasures as a real pearl and a working automatic Timex watch, a very large tiger’s eye cabochon. I’ve hung on to that cab since then, waiting to set it in a ring or do something with it.

The last bag of broken jewellery that I bought had a broken sterling brooch in it — the kind that’s like a frame for a cameo that also has a loop so you can wear it as a pendant. The cameo and the pinback were missing. I had been looking on eBay for a loose cameo that might the frame. Then, on Sunday morning, I woke up with a start wondering if the ol’ tiger’s eye would fit into the pendant.

And it did. The circle is now complete.

One thought on “Do Over: Silver Tiger’s Eye Pendant”