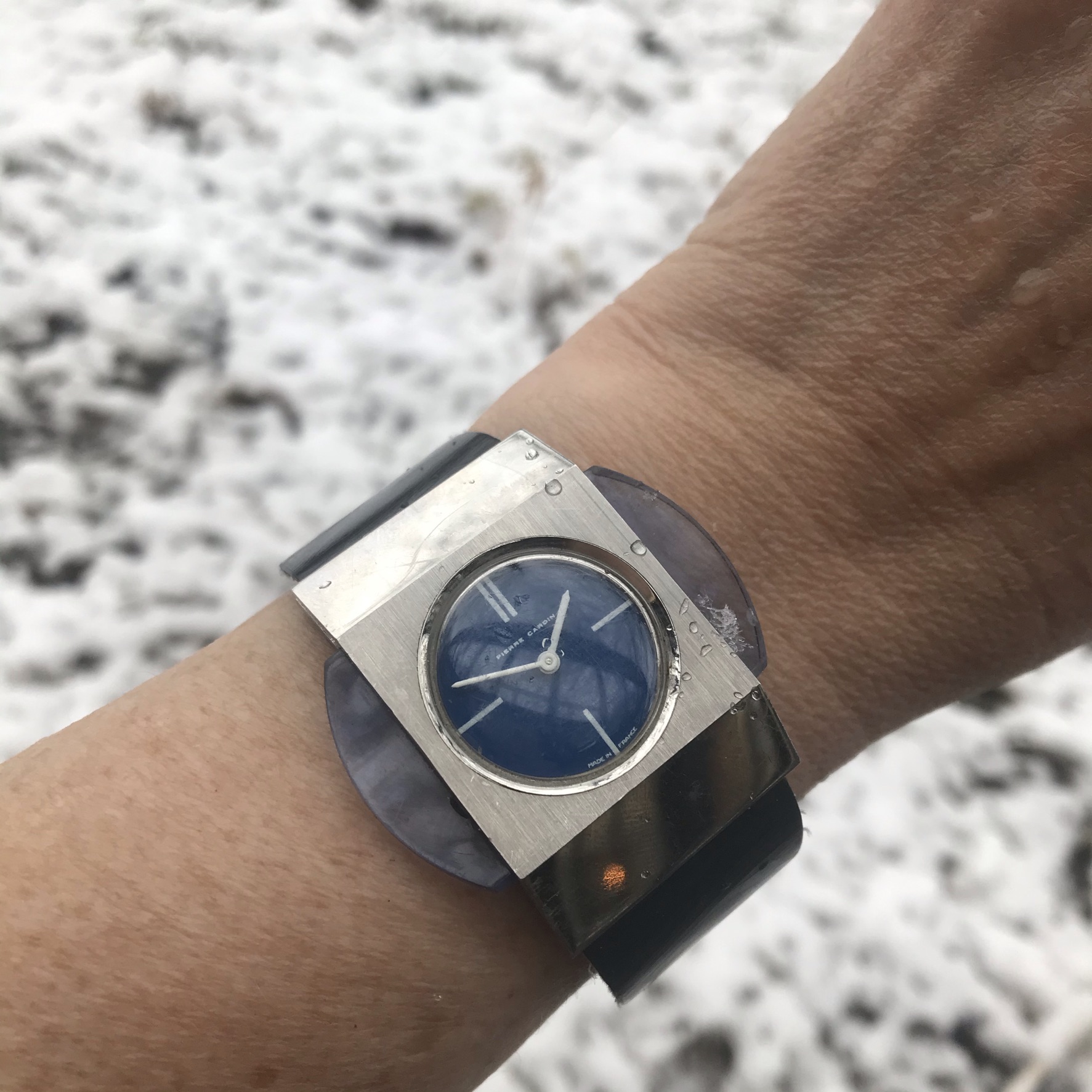 I was sad to hear of designer Pierre Carson’s death today. We just watched a documentary about his life last week, and although I thought I knew everything about this polymath, there was plenty of new things to learn. Did you know he designed a car? I didn’t. 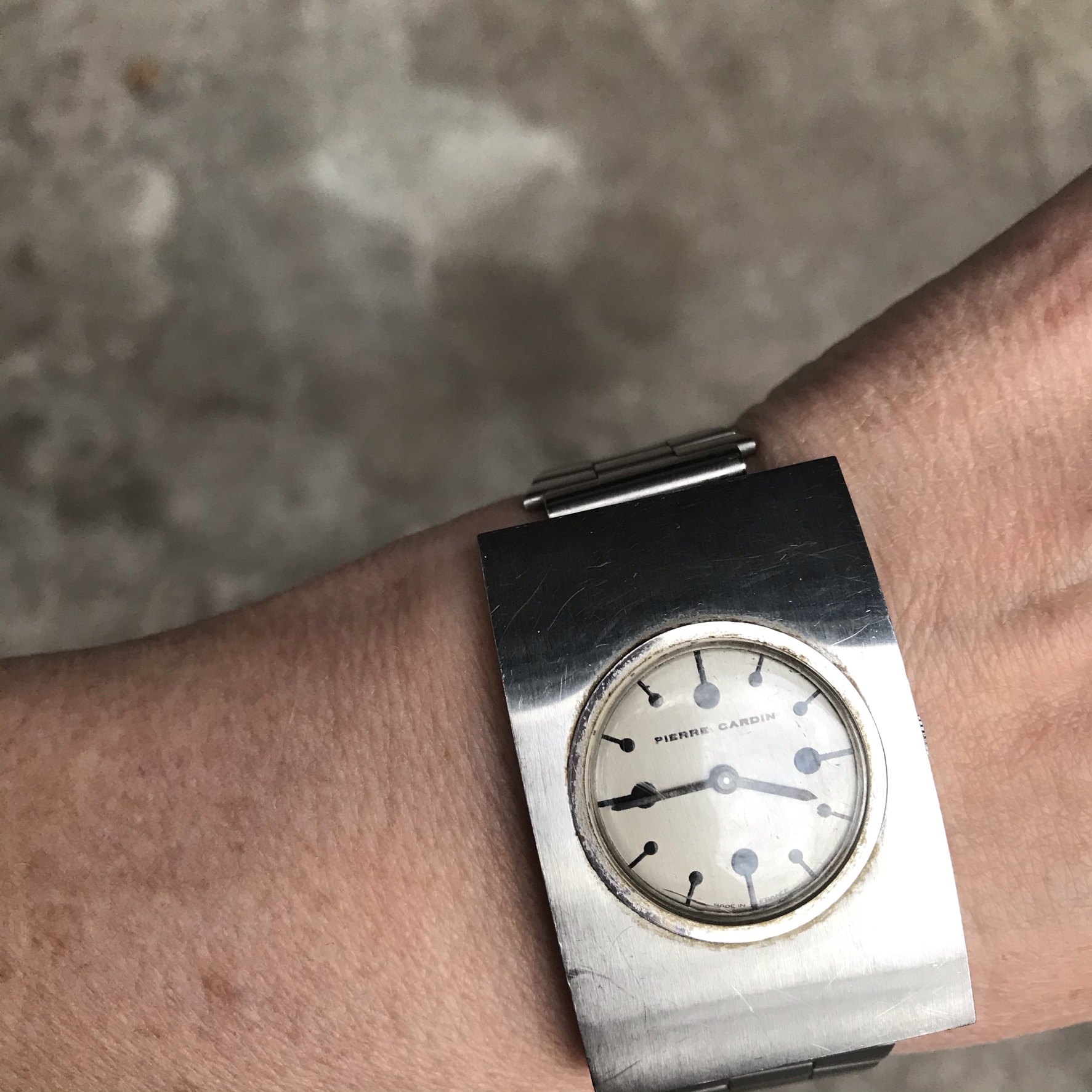 Because he made or licensed everything from pens to couture, I’ve come across plenty of Pierre Cardin over the years. In particular, I’m obsessed with the Espace watches he created in the 1970s. These timepieces, powered by Jaeger-LeCoultre movements, espoused Cardin’s signature alien aesthetic—geometric, shiny and out of this world. I only have these two, but am always on the hunt for more. 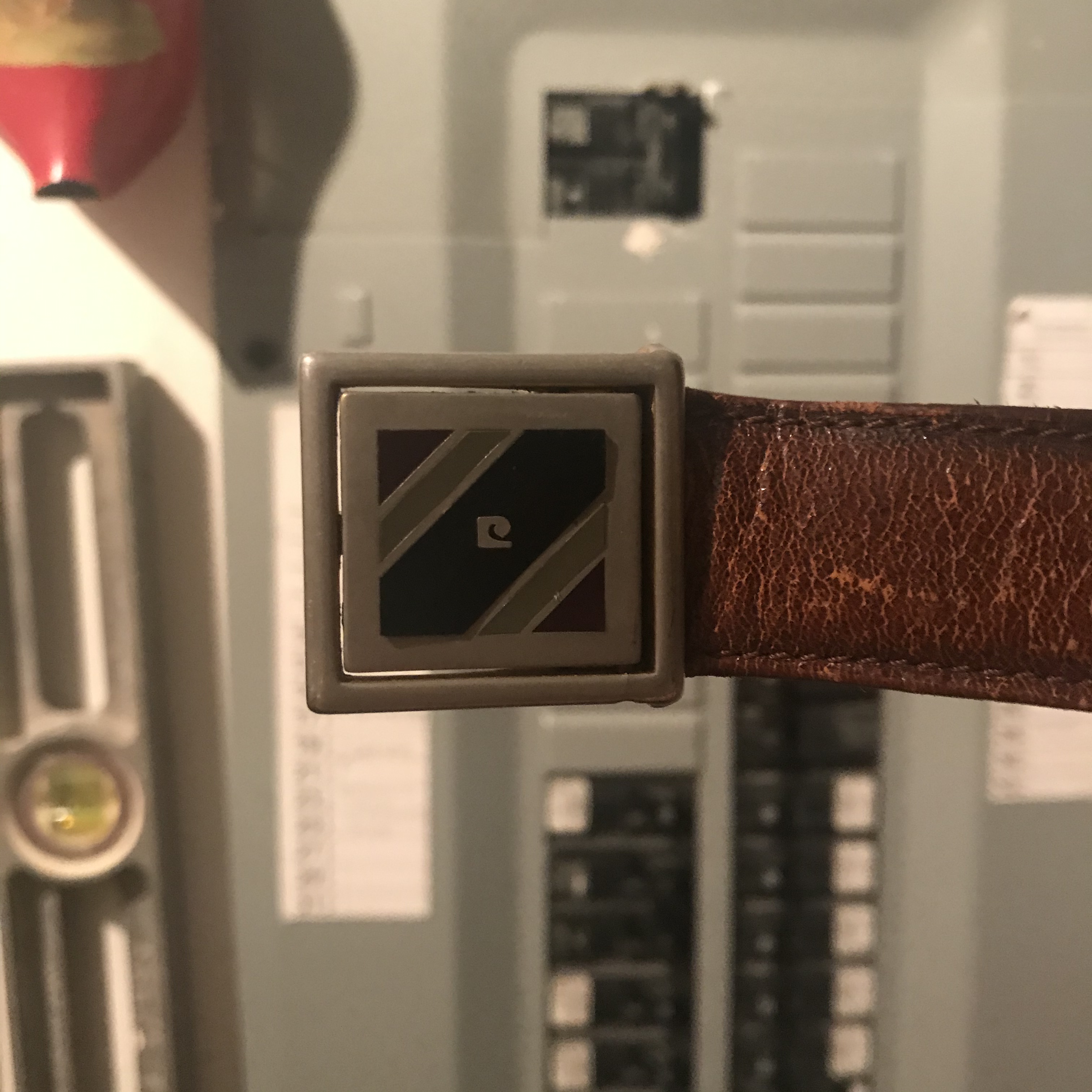 As much as I admire Cardin’s ground breaking mod clothing, I’m more into the accessories. The only other Cardin signed thing I have is this belt, which I’m pretty sure is a licensed piece (Cardin was an astute businessman and was willing to slap his logo on anything) and not something that was designed in house. I still like it. In fact, it survived my recent belt purge.