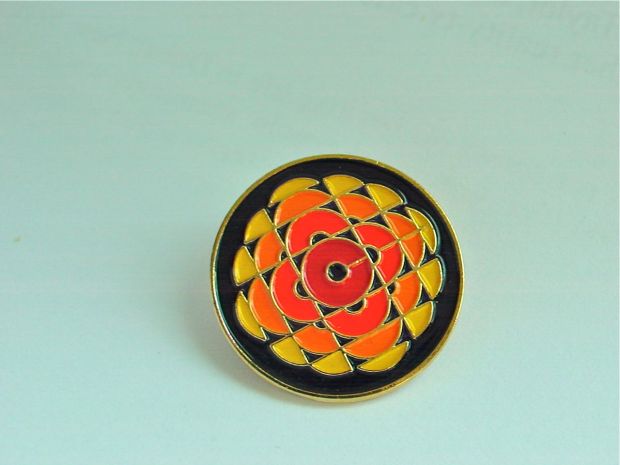 You probably recognize this Canadian Broadcasting Corporation (CBC) lapel pin for its “Exploding Pizza” logo. It was created by graphic designer Burton Kramer in 1974 and was one of the first logos to be usable in motion (on TV) and flat (in print). According to the CBC, “the overall shape is globular, conveying the corporation’s international responsibilities in addition to its national role.”

When the logo debuted, reaction was mixed. Ten years later, the Ceeb tweaked the design, making it monochromatic and therefore easier to reproduce. It was readjusted again in 1992, switching from blue to red and simplifying they soundwave pattern. Now Kramer’s original mid-century concept is revered as iconic and reproduced on all kinds of heritage gear.