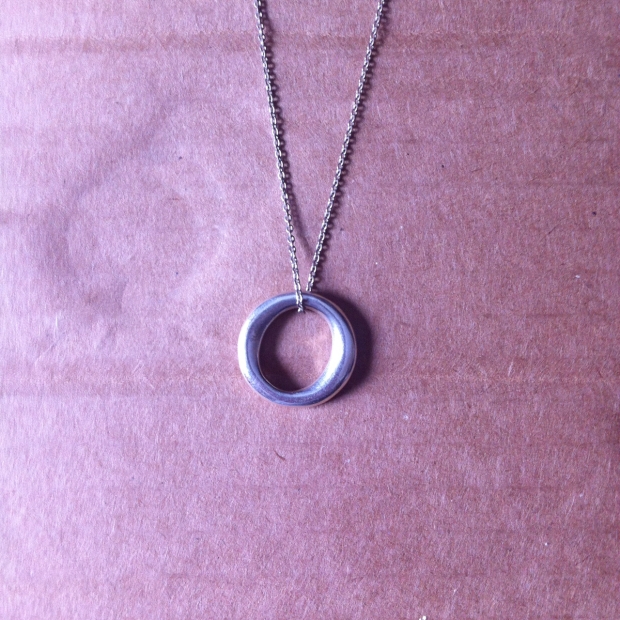 A cautionary tale about greed: The last time I went to the Sunday Antique Market at the St. Lawrence Market, I overheard two dealers talking about a bunch of jewellery that a third party had just sold one of them. IN it were a bunch of Tiffany & Co designs. The one dealer plucked them out of the pile with even looking closely at it. “Tiffany,” he said. “probably fake, probably not even silver.” The then tossed it to the side.

Basically, there is so much fake Tiffany stuff going around that the sight of a heart-shaped dog tag made them immediately assume it was junk.

I have come across my fair share of knock off Tiffany. Most of the super cheap ones are easy to spot. But sometimes my better judgment is overruled by a fervent wish that I have somehow found an overlooked treasure. Like this Sevillana pendant that I bought just after witness this interaction. The Elsa Peretti signature was etched in, not stamped. The chain was not marked at all. The dealer did not claim that it was Tiffany but insisted that it was silver. I wanted to believe so badly that I bought it and convinced myself that it was a deal just because it was silver (it isn’t).

Basically, if you have any doubt about authenticity, you should walk away. Even $5 is too much to pay for a fake. I was greedy and now I’ve paid the price.