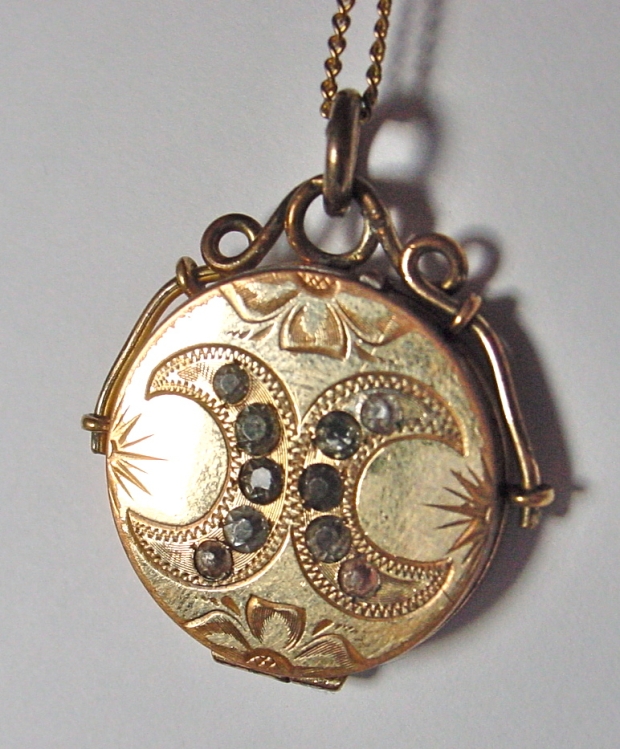 I had a show out in the East End last week and passed by two antique shops. In the first one, I found this somewhat shabby, but still pretty rolled gold watch fob locket from the early 1900s. The proprietress thought it was from the 20s because in her opinion, all jewellery made before then was made of solid gold or silver. The guy who ran the other half of the store (ownership was divvied up the middle) said that was malarkey.

Anyway, I opened it up and inside was a photo of the prettiest turn of the century lady I’ve ever seen.

Back at the shop, the lady asked me if I ever found anything really valuable at an antique store or garage sale. I told her about the 18k H. Stern Sputnik ring I got at the Sally Ann many years ago. They both got very excited at the prospect of finding gold.

Then I went to the store two doors down (not an antique shop per se, but a very old hardware store that had some trinkets on display in the window). It was there that I purchased this 18k gold signet ring.