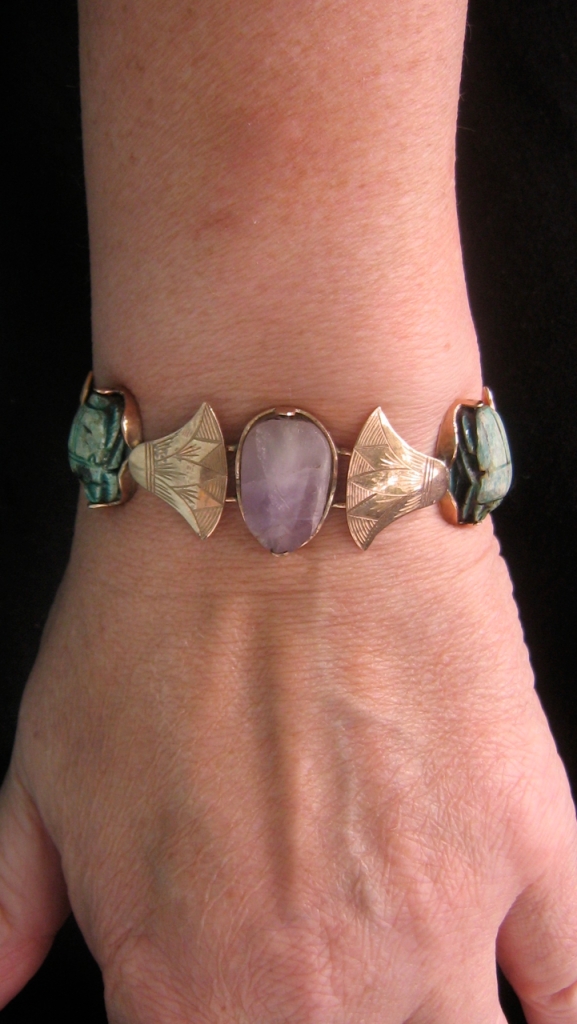 Last week I hot the auction circuit, starting with the Jewellery and Numanistics event at Waddingtons. I went with a mission: to win the lot that contained this fabulous rose gold Egyptian reviavl bracelet. And get it I did, but with a bit of a struggle as at the end of the auction as there was confusion about who actually won it (I thought I won, the guy who was credited as having won thought I won, but the house had recorded the wrong number).

I also ended up buying this gold and silver, emerald and sapphire ring. I could give you a million reasons to justify this purchase, but it was just love at the end of the day.

The next night I went to the Hookerson-Blough auction at Mrs. Huizenga’s. I was there mostly because I had consigned a bunch of lots (downsizing!), but then a small jewellery lot came up and no one was bidding so I thought, why the heck not. It had many lovely treasures, but I’m keeping these cubic zirconia and silver stud earrings because they complement my other new fancy lady jewels