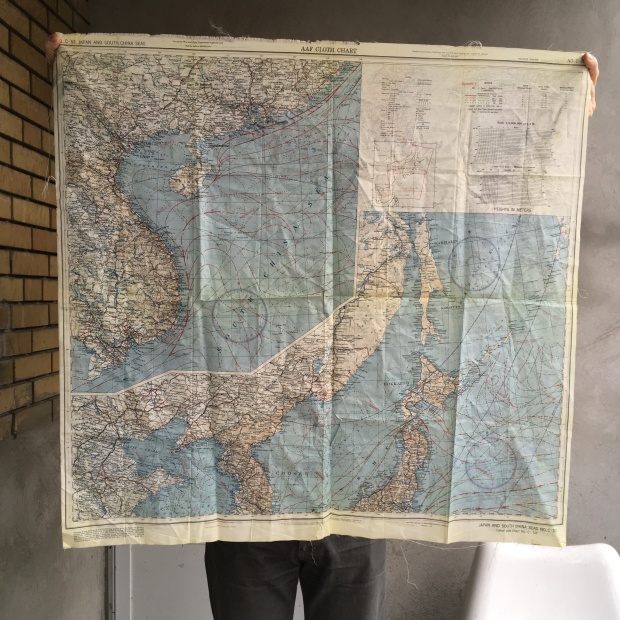 So I promised to share more info on the Escape and Evasion map I found at Mama Loves You Vintage.

I first learned about these textiles from Matt at Klaxon Howl. Basically, these maps were issued to airmen in case they ended up behind enemy lines. This one has information about islands and current patterns in the South China Sea.

These maps were printed on rayon fabric so they could be folded up really small so as not to take up much space. They are also essentially waterproof. I also learned that many of them were printed by companies that in peace time produced board games. 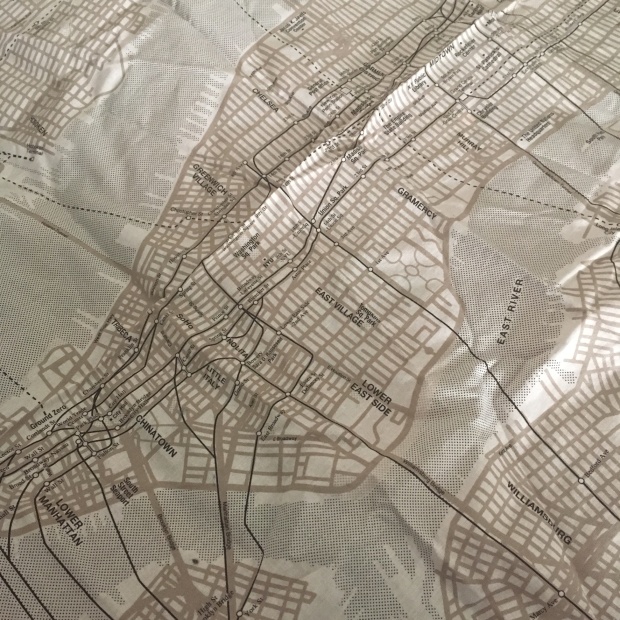 Even before I found this WWII Escape and Evasion map, I was entranced with the idea of scarf maps. My first was this plan of Manhattan that I got at Muji. 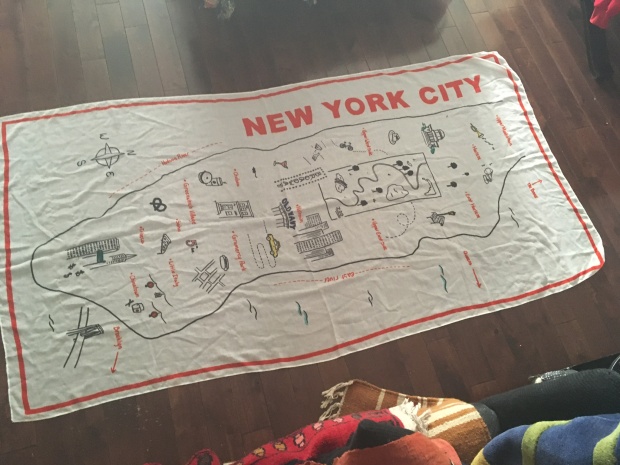 The second is this schematic stole of New York City that I got at Old Navy. It conveniently tells you where Old Navy stores are.