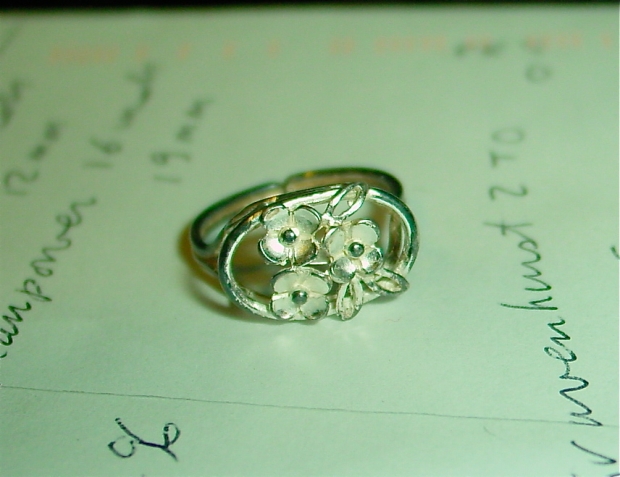 This is a humble little flower ring. It has no definitive style to help date it. But it’s a good example of how knowing history can help you figure out how old a vintage piece is. 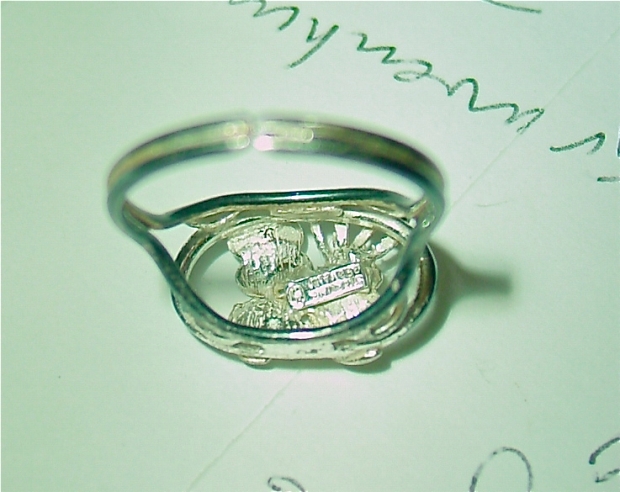 You see, the ring is stamped STERLING GERMANY and a maker’s mark of NW. Starting with the word STERLING, we can tell that it was made for the export market. Why? Because Sterling is not a German word. Germany is also an English word — the French call the country Allemagne, for example.

Secondly, the country we call Germany has only been around since 1871. At the end of World War II, in 1949, it was divided into West and East Germany. The country was not reunited until 1990. There probably wasn’t a whole lot of exporting happening to English speaking countries between 1939 and 1945 (there probably wasn’t a lot jewellery manufacturing happening, either). After 1949, most, but not all, pieces made in the former Deutschland would have been marked with some variation of Western Germany or, for East Germany, GDR. In 1974, it became mandatory to make the distinction between East and West.

Thirdly, the NW mark is for Willi Nonnenmann — a company established in Pforzheim in 1932 and still in business today. Furthermore, the N over W in an oval trademark was registered in 1954. So we can ascertain that the ring probably dates from between 1954 and 1974. That’s as far as I can get in my jewellery detecting for now.