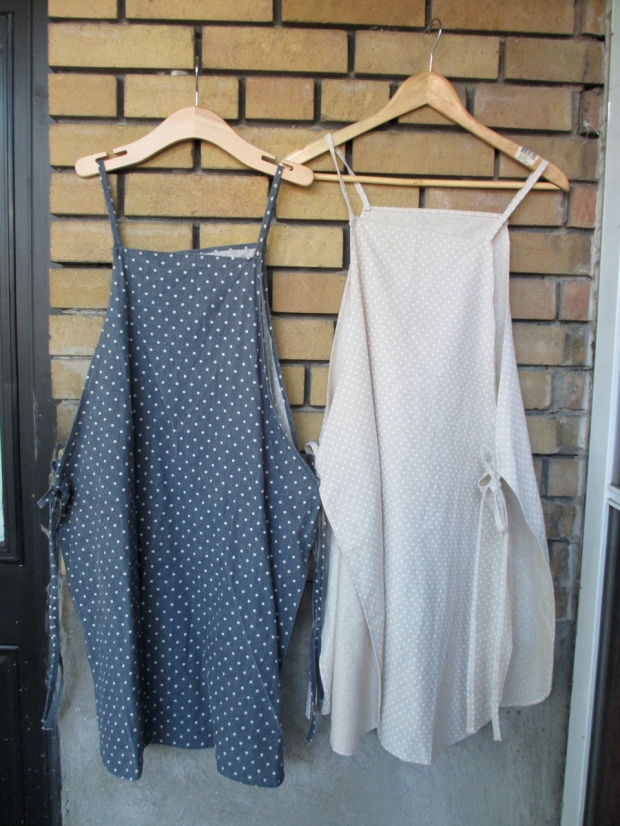 I’m not the biggest fan of binge watching TV, but its summer and I’m lazy. So I got lulled into watching Stranger Things on Netflix. I’ve also indulged in Difficult People and Lady Dynamite marathons as well as following all the pop culture news with Samantha Bee, Jon Oliver and Seth Meyers.

To justify my idleness, I have been trying to make some clothes. I don’t have a sewing machine. so anything I make has to be hand stitched, which means it has to be simple (and did I mention that I’m lazy?), so my first project was making a pair of polka dot pinafores from linen aprons I bought at the Dollarama. I was inspired by Comme Des Garçons, who always have something aprony in every collection. They’re pretty cute and have worn them out (layered with t shirts and drapey pants) in public a few times.

My second attempt was this pillowcase top. I was inspired by a shirt I saw on Pinterest. I haven’t worked up the nerve to take it out on the streets. I think I need broader shoulders to pull this kind of unstructured look off.

I have a third skirt project lined up for this evening’s planned BoJack Horseman binge. I’m very excited about it.