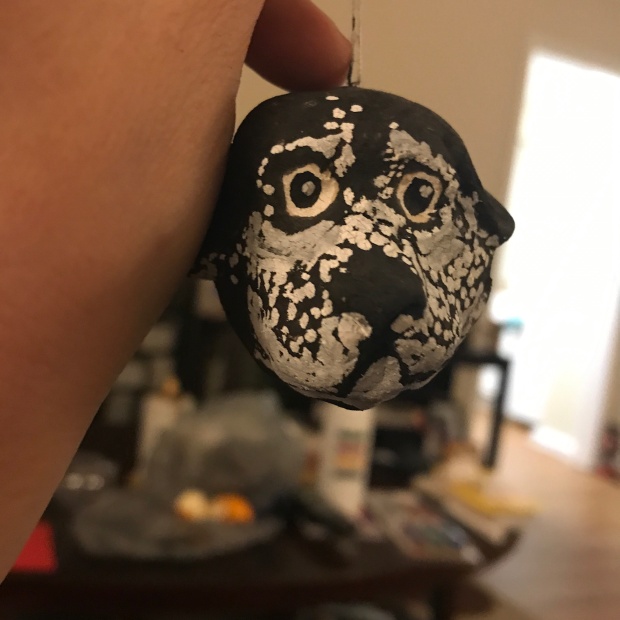 A constant conflict in my life is wanting to be a good environmentalist and to put the brakes on rampant acquisitional capitalism AND wanting to have all the things.

(I also do not have enough money to purchase all the things.)

This year, over the holidays, I endeavoured to split the difference and make things instead of  buying them. Here are some of my creations. 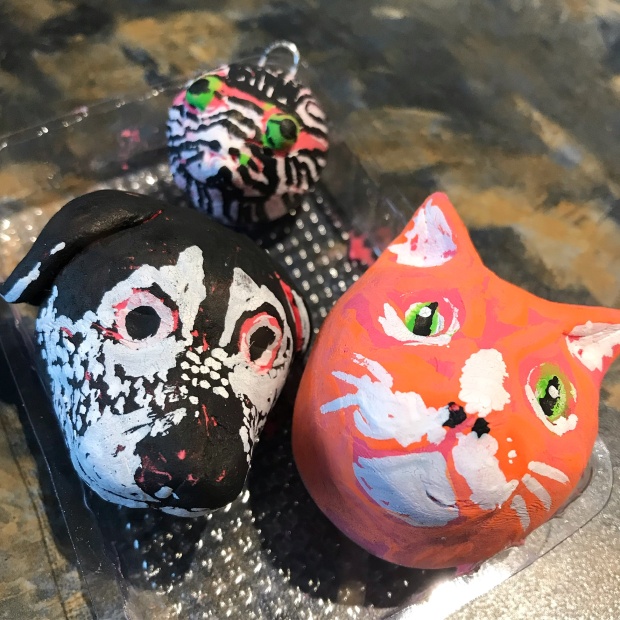 The first thing I made was a dog head ornament depicting my sister’s dog Rory. I used a quick dry clay that I bought at the new Oomomo store and acrylic paint pens from Miniso. All hail the art supplies section of Japanese Dollar Stores!

I actually attempted making a bunch of different ornaments, most of which were fails. But the pet heads were so popular that the family requested ornaments of my niece’s cat Cheeto, my sister’s turtle Michaelangelo and another Rory for my other niece. 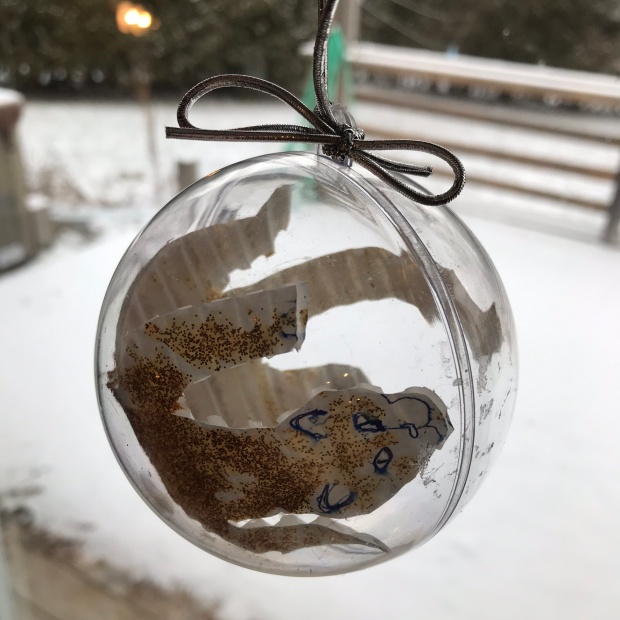 My original craft idea was to fill clear bulbs with cutouts. I stocked up on them at the Dollarama last year and they’ve been taking up space in my closet so I was hoping to make pet globes for all my friends and family. Again, most of these didn’t not turn out as well as hoped for, but this paper tiger coloured with glitter glue was okay. Lesson learned: use stiff paper! 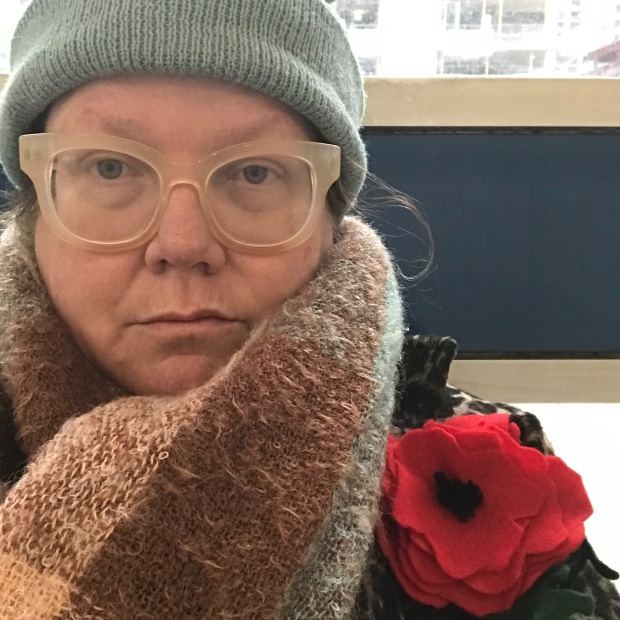 My last artisanal effort was this poppy pin. My sister lives in the country  stopped of at the local general store to look for more craft clay (they had it!) and I also found some felt and pinbacks so I decided it would be fun to make a Christmas corsage (a thing that was a thing back in the 1960s and 1970s. They don’t have to be seasonal though, so I made a poppy (which can also be used for Remembrance Day).

I’m pretty pleased with how it turned out. I might trim the petals with a sharper pair of scissors, but I really think I can bring oversized fabric floral brooches back!

← Why I Blog
After A Fashion →