It was so hot and humid last week. How hot was is? It was so hot that I barely left the house on Thursday and Friday. But I was getting the cabin fever so on Saturday I went to the Big on Bloor festival.

I usually luck out with vintage jewelry finds at this annual event, but the weather was so unbearable that I had no hunger for digging. In fact I don’t even remember seeing the usual second hand vendors. 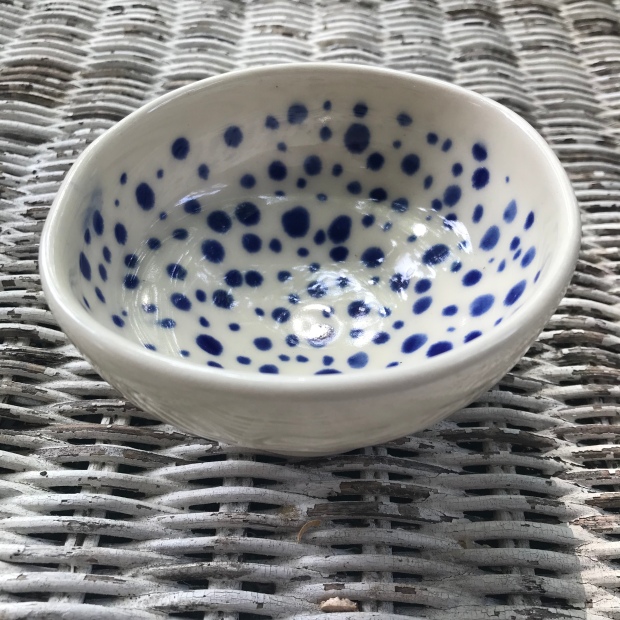 But I did spy a tent from Inspirations Studio, which is a ceramics collective that gives women who’ve had a rough road a place to create and connect while priding pottery that they can later sell. 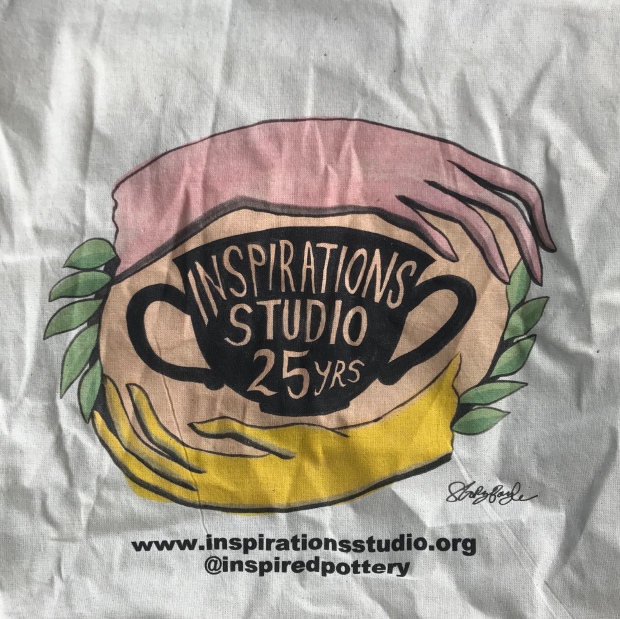 There were lots of lovely objects but I ended up buying this pretty spotted bowl by a woman named Roxanne. I also got a tote bag designed by Shary Boyle because I love her work but this will be the closest I’ll ever get to being able to afford one of her pieces.