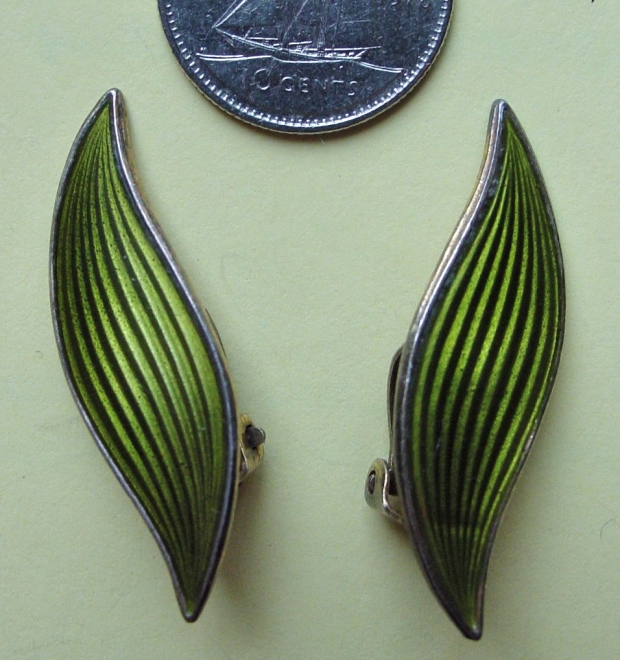 Fall reminds me of leaves which reminds me of this pair of green enamel clip on earrings by Askel Holmsen was my first Scandinavian designer find. Actually that’s not true. I found a pair of N.E. From cufflinks at the old Goodwill out on Coxwell about six years ago, but I didn’t know what I had at the time.

One reason for the popularity of what was generally known as the “Danish Modern” look was a touring exhibition called “Design in Scandinavia” which travelled across North America from 1954 through 1958. Suddenly, silversmiths like Holmsen — who had opened his shop in 1932 in Sandefjord, Norway — became in demand. He was especially well known for his enamel work.

An aside: The sudden hipness of all things Nordic created a copycat industry of American-based companies such as Danecraft and Viking Craft.