I have mentioned the glory that is the Old Weston Road Flea Market. It’s where I found my Tom Hodgson collage and my “After Picasso” print. And last weekend I decided to channel my inner Beyoncé with some more avant garde, non-vintage clothing finds. The big score was this Vivienne Westwood Anglomania top (pictured above), but I am also quite enamoured of this fuzzy jacket (pictured below) which reminds me of Bey on the cover of Lemonade. 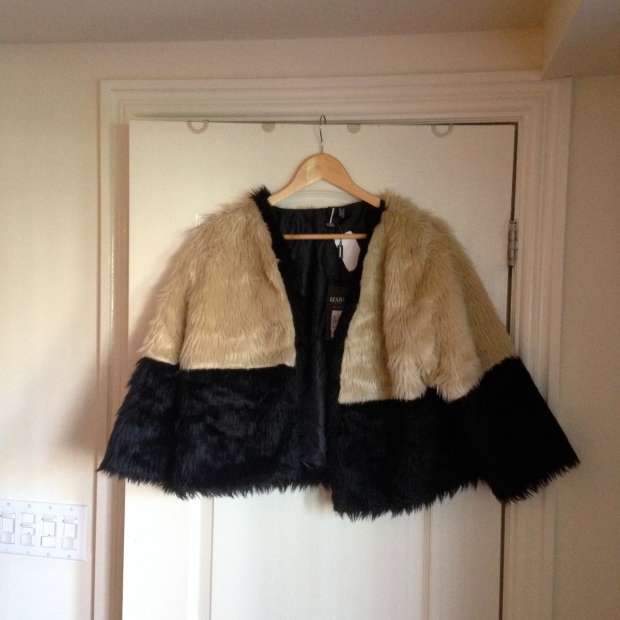 I am now obsessed with everything about Beyoncé’s visual album. I could write a whole book about all the different aspects of Lemonade, but today I’ll try and keep it tight and talk about the wardrobe. While most of the immediate reaction to the record has focussed on themes of infidelity, visually she’s exploring privilege versus prejudice, feminism, religion and urban versus rural culture (to name but a few). But it’s also a celebration of womanhood.

Fashion-wise, the clothes are definite statements. Not every piece is pretty. Most of them are difficult to wear. But they are all beautiful. There are a lot of acculturated looks — which can be politically problematic. And there is also a mix of garments that reference that past 400 years of fashion — a timeline of colonialization that marries Southern Belle hoopskirts with Yoruba-influenced face painting. But there’s also East Indian jewellery and American Indian-influenced Mardi Gras costumes. If you think about it too much your head will explode.

I like mixing up cultural references. I think the negative aspects of cultural appropriation happen when you treat influences like a costume or a parody of another group. And I like combining pieces from different eras because it kind of connects me to the generations of women who came before me.

And I love the mixing of high and pop culture, designer and Disney. Which brings me to my last thrift find (these were all $5 by the way), this sleeveless Mickey Mouse from the tickle trunk at my favourite vintage shop Mama Loves You.