I bought a gold testing kit from Amazon.ca. I finally found some time to try it out this week. First off, this teeny baby ring, which was marked 10K. And it tests as 10K. Score! 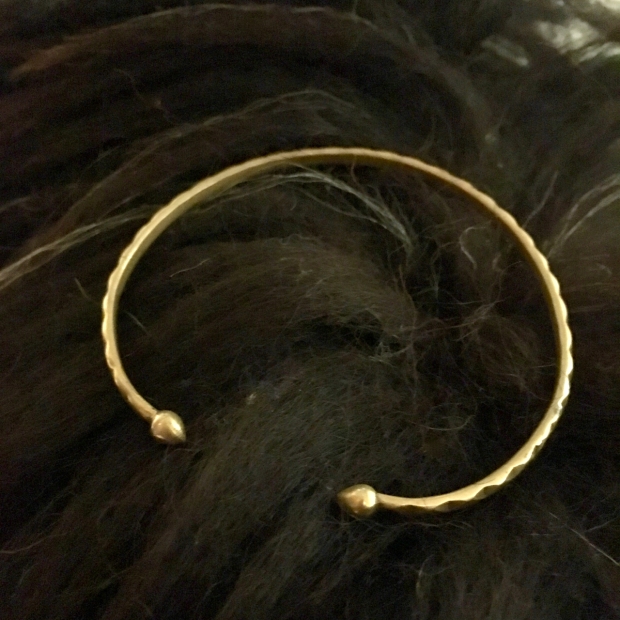 Next up, a torc bracelet marked 10 CT. I had my doubts about this one because it smelled a little brassy. I tested it. Not gold. Hooray for my my instincts being right, but still disappointed because who doesn’t secretly want to be wrong when it comes to suspect gold.

Finally, I found this brushed-finish bangle at the Value Village. I just liked its minimalist look and it was only $4. I noticed that it was signed (though I couldn’t make the mark out). Because it was heavy and felt warm on my skin, I decided to test it (plus after nearly going blind trying to decode the stamp I convinced myself that one of the markings read 10K). Guess what? It tested 10k. I may get a pro to double check, but right now this could be my best gold strike ever (sort of, a 9k watch chain I found in 2011 weighed less but was worth more because the gold price was so much higher then).

A note: I also picked up the bubble ring pictured above at the same time. It is marked 925 but it feels too light. Guess I should buy a silver testing kit next.