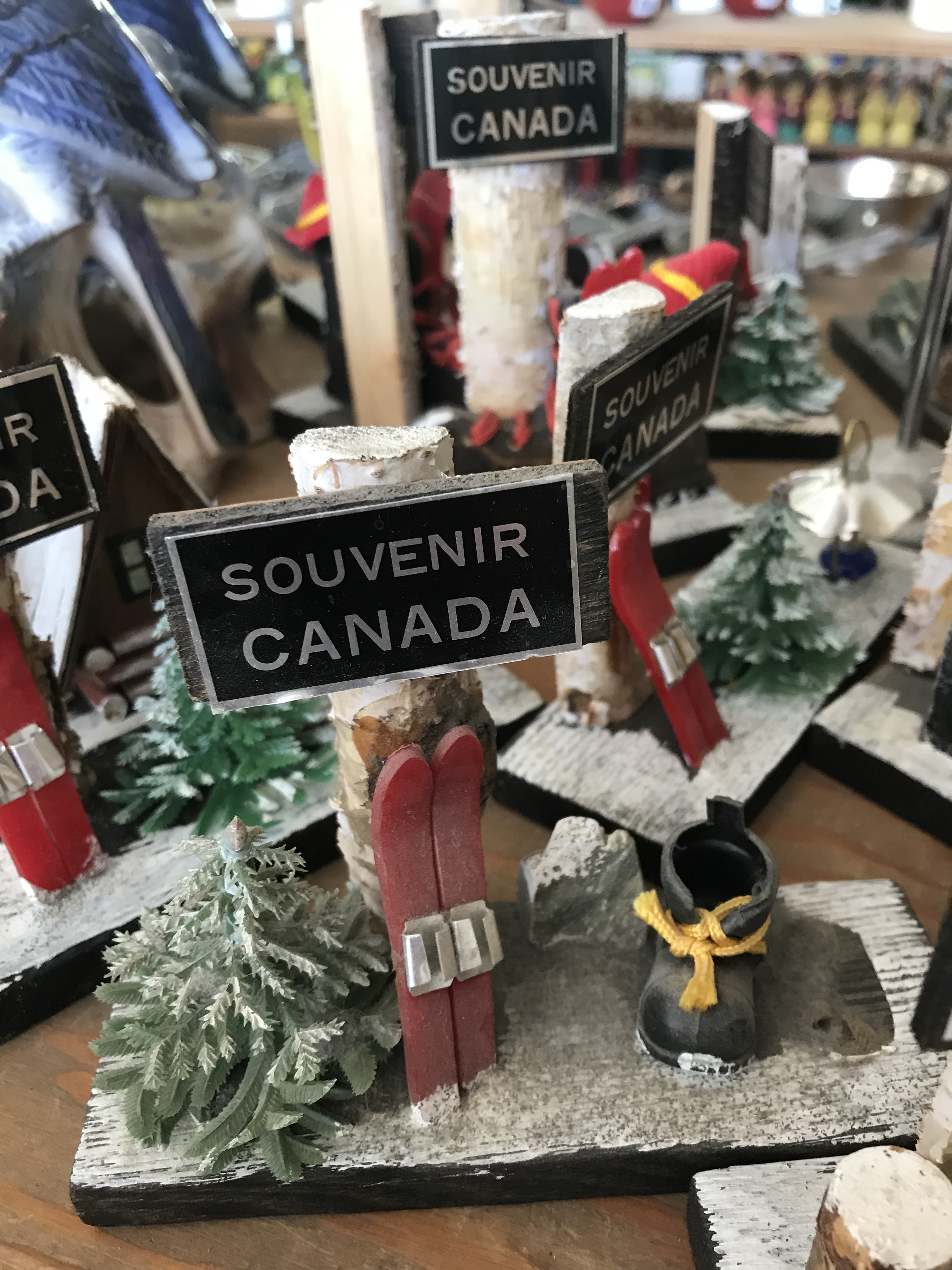 SASMART in Kensington Market is closing down at the end of September. I have been haunting this venerable department store since I first moved to Toronto because it has everything I like in a store: Dusty old new old stock housewares from the 1970s, cheap old lady clothes and kitschy Knick Knacks.

I went to pay my respects and maybe find a few treasures last week. Admittedly it’s been pretty picked over since the 1990s, but I was sort of hoping an unexpected cache of treasure hauled up from the basement. That was not the case. There were still lots of house dresses and retro undergarments, but I have sworn of man made fibres and couldn’t bring myself to make an exception. And I’m trying to de clutter and could not justify buying a crazy porcelain tiger or parrot figurine.

I did get a few souvenirs, including the oversized straw hat, Japanese weather station and melamine Rosti utensils pictured here. All for about $8. I am considering going back for more Rosti and a few spools of crochet thread because crafts! We’ll probably be going back into lockdown so on one hand, I should stock up on supplies. On the other hand, we’re probably going back into lockdown because everybody is running around trying to cram as much activity as possible in case everything shuts down again.

Modern life is an ethical quagmire.

One thought on “RIP SASMART”