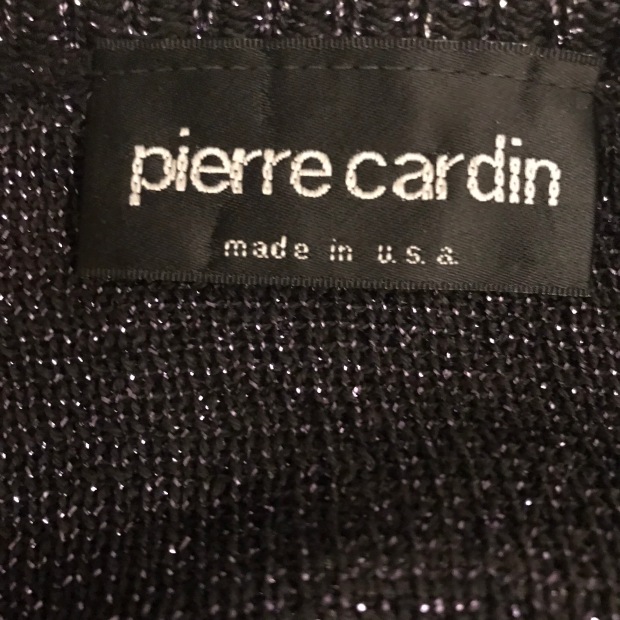 I realize that I totally forgot to post about some recently acquired thrifted vintage designer pieces. First up, a purple lurex Pierre Cardin pullover. With its batwing sleeves, it is very Melba the Disco Queen. 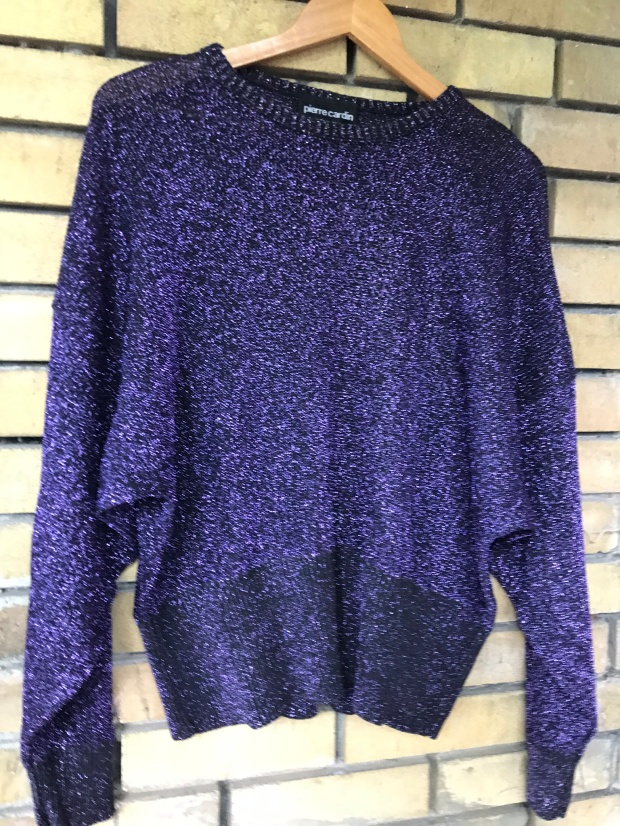 I found it in August. It has some condition issues (namely a hole below the shoulder). I hope to see the Pierre Cardin Future Fashion exhibition in Brooklyn before the year is over. I will wear this baby along with one of my Pierre Cardin watches. 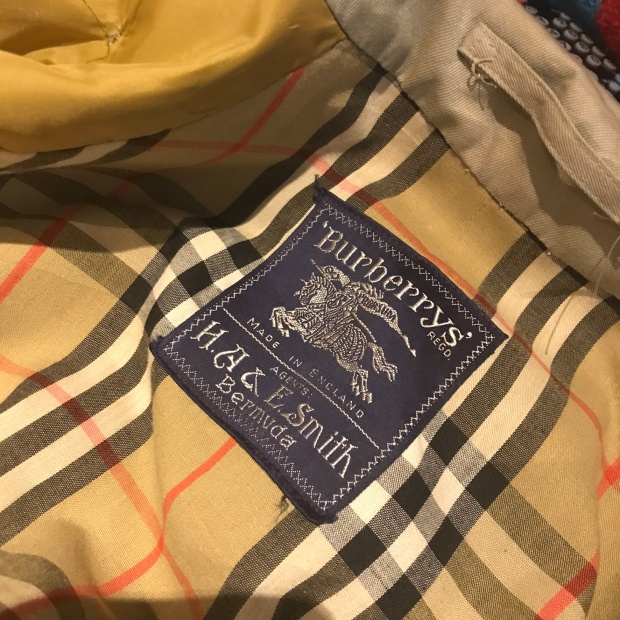 And last week, right after I said I wasn’t gonna buy any clothes during Secondhand September, I found this Burberry trench at the National Thrift. I got it for 25 percent off because it had some broken buttons. But I already had a Burberry trench in my closet — one that was too small and covered in stains from an incident in which some dinkus at a bus stop spilled their coffee all over me. 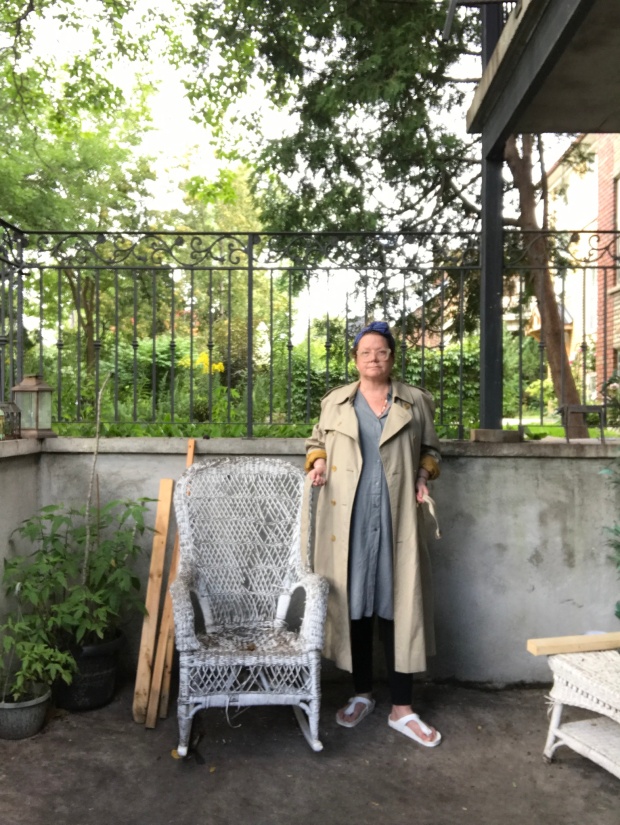 So I took off some of the buttons and put the coat up for sale as is. I couldn’t justify spending the effort and cost of repairs on coat number one when it didn’t even fit, but for somebody else, it could be a real bargain (or maybe they could use it to harvest the rest of the buttons and the belt).