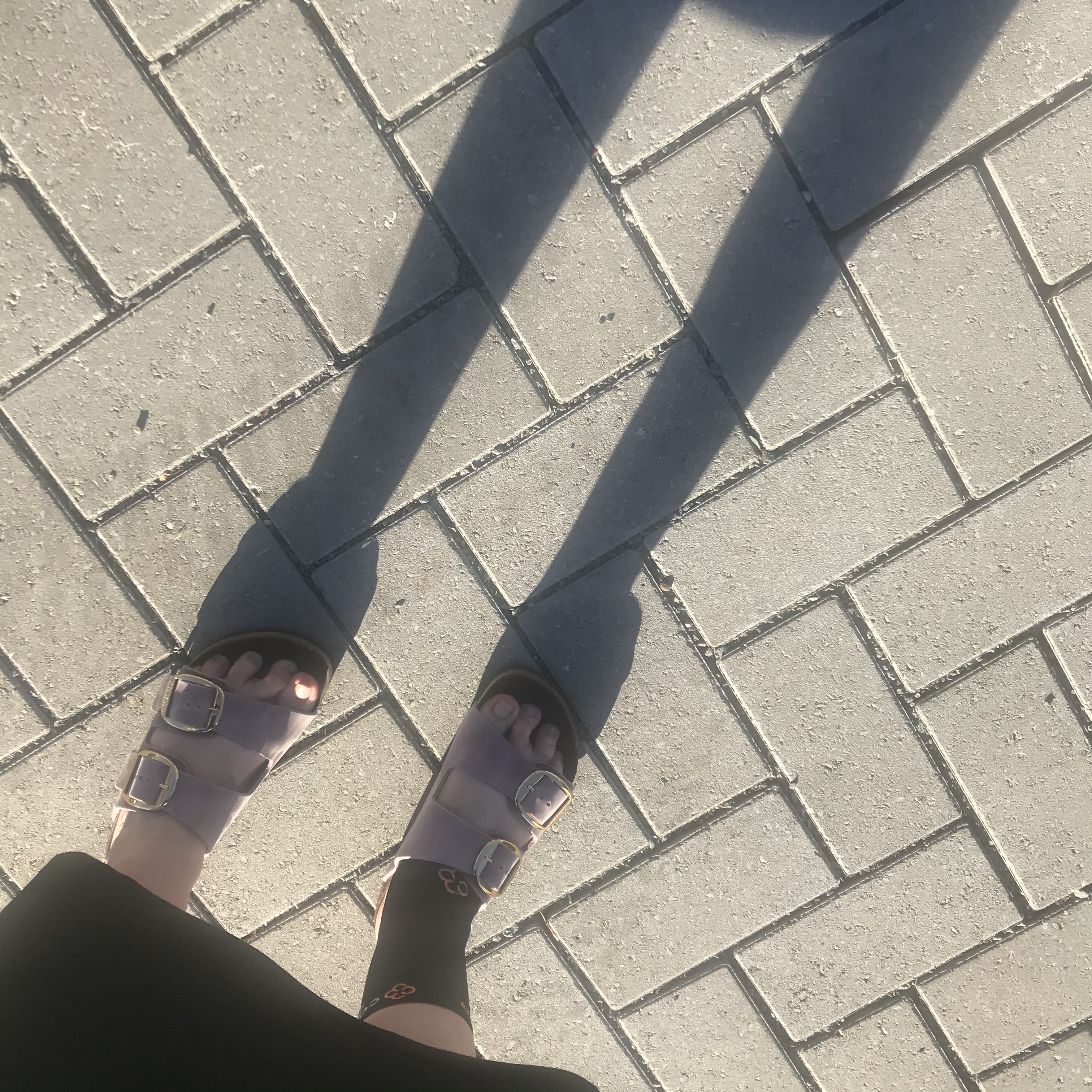 I used to walk a lot. When I worked in an office, I would commute on foot. I am not a morning or a people person, so I used that hour every morning to wake up without getting frustrated by crowded buses (my brain was too foggy in the to cycle safely). And during these walks I could daydream.

Until my knee went out a year and a bit ago, I still went on regular long jaunts to the Value Village or exploring the side streets. I still do daily perambulations, but it hasn’t been quite the same. Until today when I took a backroads trip to High Park Village.

Because I broke my glasses in a fall last week (see the second half of this post), I can’t really mask up. The glasses don’t stay on or else they fog up, which affects my vision and makes me feel like I’m gonna fall again. So I wanted to take a route where I would not encounter other people, even if it took a million times longer to get there.

Walking slowly because I’m still a little limp from spraining my ankle, I wasn’t getting a lot of burn from this workout, but I realized that I missed the mental fitness of long walks. The only problem was that I picked some inappropriate footwear for the trek.

I have a complicated relationship with my feet. If I had my druthers, I would never wear shoes or socks at all. As a child, I remember going whole summers barefoot, with only the mud caked on my soles to protect me from from sharp objects on the sidewalk.

I also remember one of my moonier aunties telling me that I was a Pisces, And therefore ruled by my feet. I am not really into astrology but I hoped that this meant that I was impervious to pedal injury. She informed me that the opposite was true and my feet would be nothing but trouble to me.

I’ve been writing this blog for a long time, so stop me if you’ve heard this one before. As much as I disdain footwear, I love buying it. The crueler the shoe, the better. I have bought pumps that were two sizes too small. I have purchased stilettos with six inch heels that I could not walk in. After being repeatedly advised to wear sensible shoes in Iceland, thought that four inch flatforms would do the trick, then tripped on a paving stone and ended up with a Harry Potter scar as a permanently souvenir.

Anyway, post-knee surgery I was advised to hard soled shoes like Birkenstocks. I spent the summer in two pairs, both of which need recorking now. I remembered that, pre-pandemic, there was a permanent Birkenstock liquidation pop up in the Village. So I went there and bought a pair of lilac-coloured Arizonas so I could comfortably walk home.

← Band Together
The Chain →