I’ll let you in on a little secret. I’m currently working on a collection of graphic poetry. It’s been a  year of a lot of big changes, and I’ve been trying to,process it all through art. But then these poems (if you can call them that) just started to come out.

At this stage all of the poems are prepared and most of the artwork is finished. It’s tricky exiting something where pictures and words are so intertwined. But it’s also an experiment — an attempt to just be able to put something into the world without having to figure out stuff like “agents” and “publishers.”

Why are these pictures of old books that I found on the sidewalk here? There’s something about their design that appeals to me. The first two are for children and have lots of (for want of a better word) didactic illustrations.

The next three? Well I just got all sentimental about the look of old pocketbooks. When I found them, I had this memory of being a preteen and thinking how wonderfully grownup it would be to backpack across the country with a tattered copy of Mishima stuck in my back pocket (although at the time I was probably deep into my Agatha Christiie phase and the movie version of The Sailor Who Fell From Grace With the Sea was super R- rated. 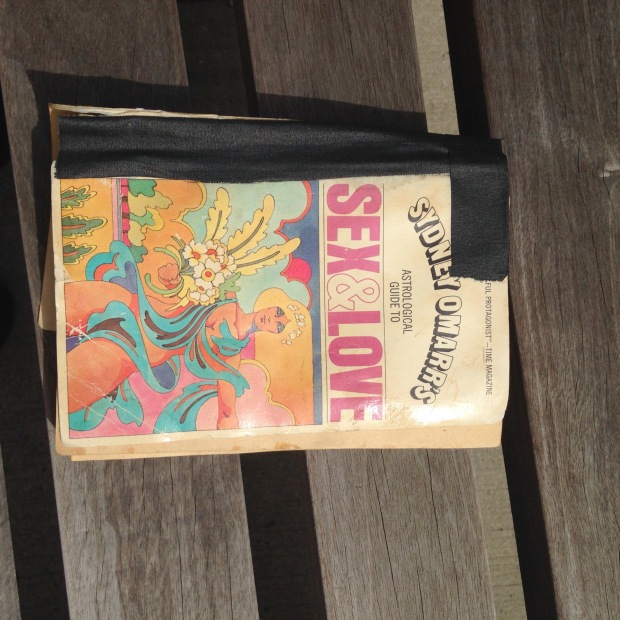