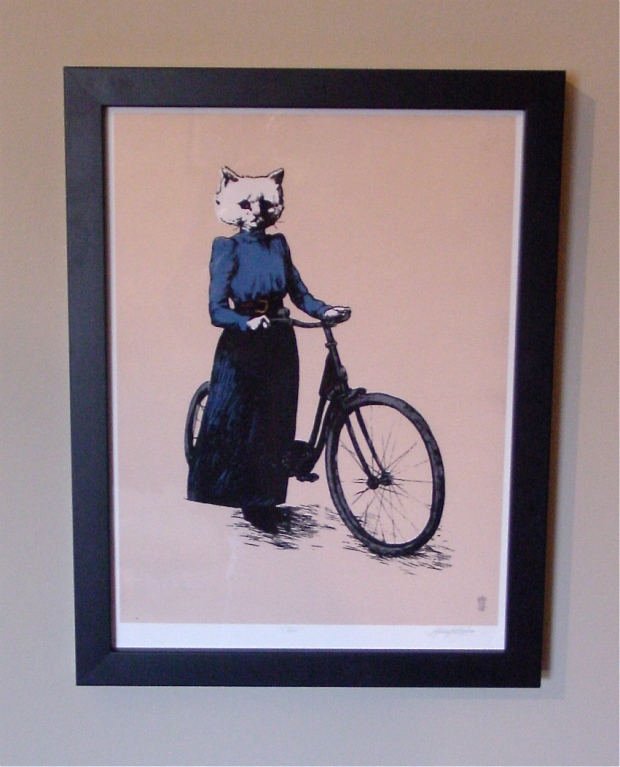 Went to Magic Pony with the nephew last weekend. Impulsively bought this print. It’s called Chloe and it’s by Team Macho‘s Stephen Appleby-Barr (who just had a show at the Metiver Gallery).

I bought it as an anniversary present for Mr. Andrew. On our wedding invites, we came up with a graphic that combined my love of cat and Andrew’s love of bicycle (see below). But I couldn’t hold out that long and gave it to him straight away. 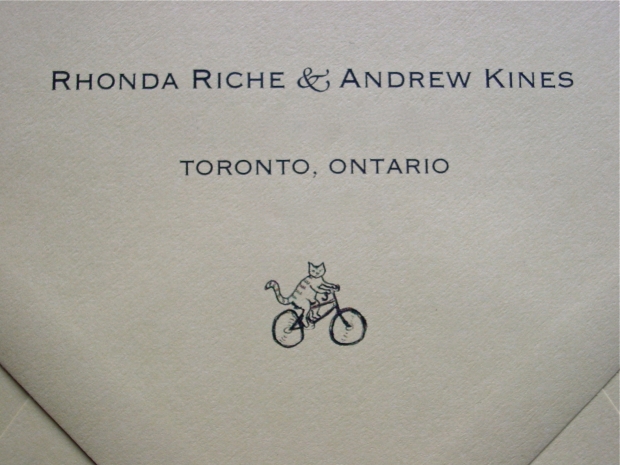